Having followed Peppermint’s career closely for the past few years from ‪RuPaul’s Drag Race to Pose via Broadway, I’ve been repeatedly awestruck by her artistry and strength.

There are only a handful of drag artists across the world who epitomise what it means to be a 21st century drag icon. Peppermint is one of them. We met up recently when the NYC queen was in London and talked about life after Drag Race, activism then and now, running for office and more…

We first met back in 2014 before your stint on Drag Race. One of the first questions I asked was if you’d ever do the show and you said you weren’t sure. A few years later there you were on season nine. Was it something you’d planned to do?

Yes I remember, and we’ve stayed in touch and followed each other on Twitter ever since. To be honest, full disclosure, I had auditioned for Drag Race at that point but hadn’t got on. I auditioned in 2014, 2015 and finally 2016 – when I was on with the fabulous Charlie Hides.

Since then, brand Peppermint has really taken off. From appearing on Pose to becoming the first trans woman to land a principle role in a Broadway show, Head Over Heels. How has this ascent been for you?

It’s been amazing! I’ve been working so hard for the past twenty years, so I like to think all of these things are a culmination of that. There was a moment in time when I was working hard at the bars and clubs, diving deep, and figuring out how to reinvent myself, and exploring what my contributions to my art were. That stuff would weigh heavy on my mind. Finally with the platform that Drag Race provided me I was able to pull out the cards I had in my pocket for so long.

So Drag Race was the vital fork in the road that led to those opportunities?

Oh for sure. There’s no way I couldn’t admit to it being a catalyst for so much change –  it was a springboard for my career; what bigger platform is there for drag artists? And I’m so excited for the UK queens who are now embarking on that journey. What we put into our art mirrors what folks in the West End, and actors in TV and movies put into their art-forms. So it’s great to see a larger possible payoff for the UK queens.

That platform also helped to amplify your voice as an activist and change-maker, which I know is important to you. Would you consider yourself very political?

I think so. I come from the old school of drag, where drag goes hand-in-hand with activism for our community. This was before marriage equality. This was before AIDS was a manageable condition. I was always inspired by queens who were deeply involved with our community’s struggles and the fight for equality. Where I come from and the time I come from, queens were the mouthpiece of the community. In a time when drag wasn’t a part of mainstream culture in the way it is today, it was an essential tool. Yes they were entertaining but they also had a message. That was something that was instilled in me. Then came the early to mid 2000s when drag was just about being famous.

Drag was radical, then in the mid-00s it turned into a popularity contest, and now, in both the US and UK, we’ve come full circle and entered a new age of activism and protest. Are you happy that’s happened?

Of course. Like you said there was a moment when it was just about looking good and there’s nothing fun or edgy about that; or people would say: “she wants to do an AIDS benefit, what a downer. Just lipsync a Whitney song and entertain us. We want to escape from our problems”. And I think there’s a valid point there. Everyone can’t be the spokesperson, BUT when there’s work to be done we all have to share the responsibility. People are starting to realise that there’s somewhere we need to get to and we’re not there yet. In communities, and even globally, people now understand that regardless of their background, who they are, and what their privilege is, we all have some responsibilities in perpetuating the problems that we’re in and we also have some responsibilities in finding solutions to those problems. And I think the newer queens and activists are finding power in that.

Would you ever consider running for office?

Yes I absolutely would run for office when the time and place is right. It’s something for the future. I think it’s so important to be politically active.

First off, it’s a wonderful show that’s highly entertaining and very dramatic. But what it represents, what it utilises, and the opportunities it provides is really important. Pose is an extension of shows like Orange is the New Black, which interestingly enough had a lot of queer storylines but only one trans person of colour – the fabulous Laverne Cox – but even so it was the biggest step forward in trans representation on TV at the time. It paved the way for Transparent which at the time employed the most trans people ever in a TV project. And now we have Pose, I think as a result of this ripple effect that’s going to continue with Pose opening the door for another show. It was a huge honour to be part if it. Visibility is important, and they’re doing it very well.

In the past few years transphobia and trans hate crimes have been on the rise in both the US and UK. What’s your advice to allies who want to support as proactively as possible?

I think one of the things that is important for all of us to do is to understand our proximity in the big picture. The quick answer is: listen to what it is trans people are saying they need, and just do it. If someone’s saying they’re a genderqueer, non-binary, person of colour etc, understand that – even if it’s out of your comfort zone. Whether you’re a gay white man, gay black woman, or whatever, there’s still so much to learn, so much nuance, in our community. It’s important we participate in change: the changing of language and pronouns, adding the black and brown stripes to the pride flag, adding the pink, blue and white stripes to the flag, making space on the LGBTQIA+ moniker for everyone – and I know some people will shriek and say it’s all too much, but honey that’s an excuse. If you can learn supercalifragilisticexpialidocious at age six then you sure as hell can learn LGBTQIA+ as a grown adult.

Okay let’s finish on a couple of quickies. What’s the best piece of advice you’ve ever been given?

The world would be a better place without…

Toxic masculinity, racism and misogyny. Very serious tone there [laughs]. I serve serious with a flavour of freshness. 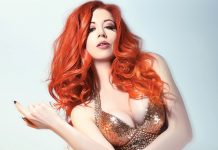 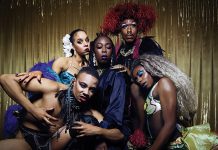 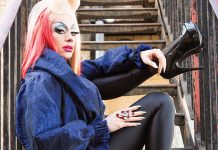 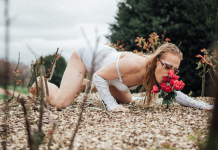 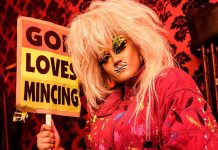 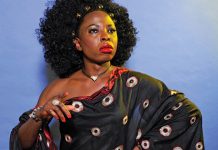