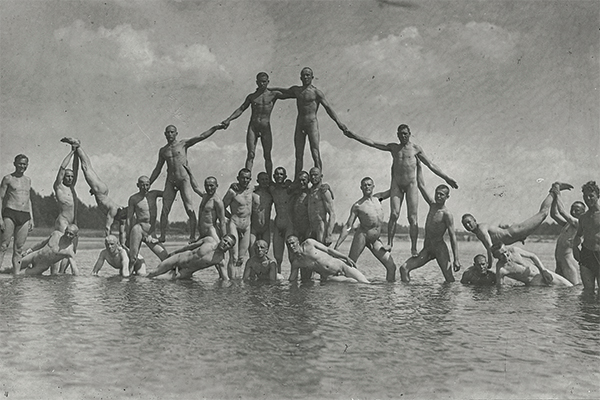 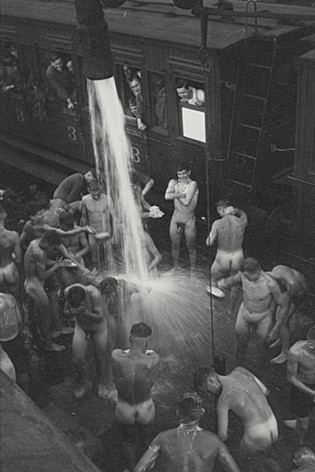 These photos have been collected over the years by Los Angeles photographer Michael Stokes resulting in an archive of over 600 images, including soldiers and sailors from Australia, England, France, Italy, Poland, Russia, and the USA.

During conflict troops often lived in the field with just one uniform and item of underwear to their name, regularly going for extended periods without a proper shower, so nudity became a natural part of their all male environment. 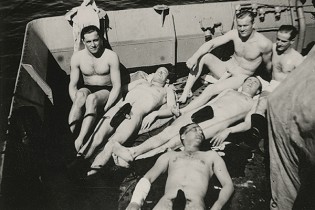 A unique visual insight into the everyday realities of war, My Buddy reveals young men, at their physical peak, dealing with the unimaginable pressures of combat by forming intimate ties and living each day to the full.

Commanders encouraged their men to establish close ‘buddy’ relationships for emotional support, and with soldiers often relying on each other for survival, these soon developed into intensely close bonds. Taken between battles, these photos are less to do with men fucking than men fucking about.

As well as guys skinny-dipping and sunbathing, it’s lads together blowing off some steam, a bit of horseplay and some cheeky grab-ass. So, as well as lots of guys messing about with their todgers out there is also an innocent quality to these often technically excellent photos, which makes them unexpectedly sweet and charming.

Sumptuous yet simply produced with gold edge gilded pages in an old photo album format, My Buddy features artwork, extracts as well as photography.  With commentary from editor Dian Hanson – who does all the Tom of Finland books – plus an introduction by Scotty Bowers, an 89-year-old ex-Marine and author of Full Service, the only possible negative is that the text in the book is repeated in German and French as well as English, which distracts a bit but is increasingly common.

• ‘My Buddy:  WWII Laid Bare’, published by Taschen at £45, is available from Gay’s the Word (66 Marchmont Street, WC1N 1AB) and all disreputable bookshops. 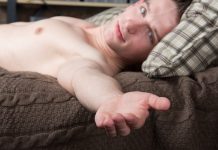 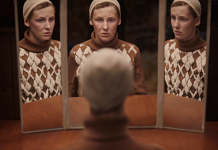 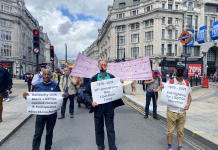 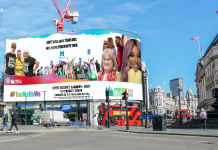 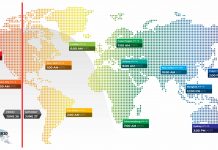 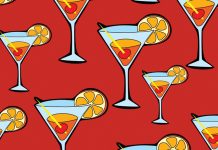 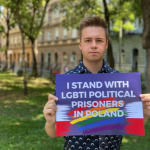 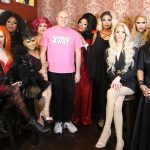