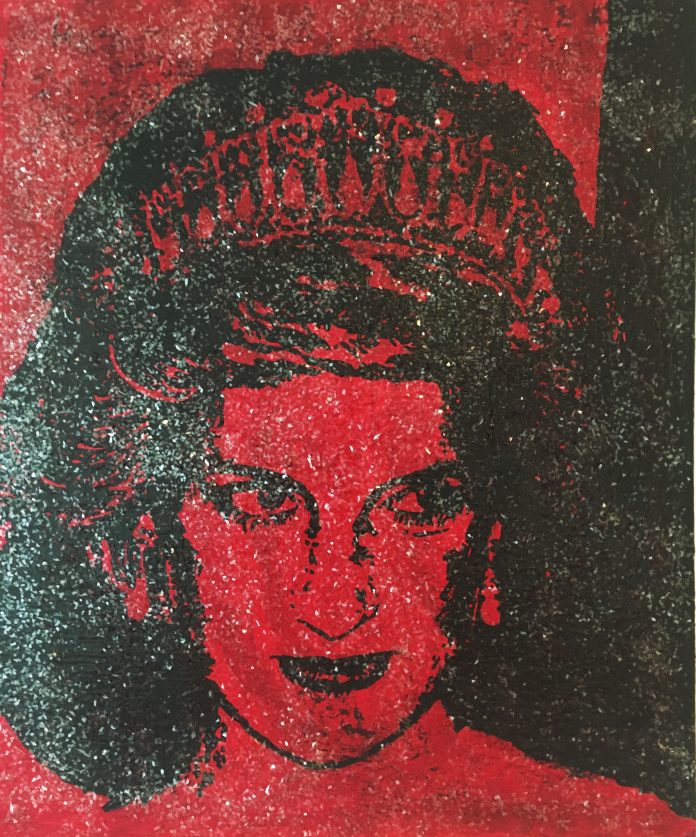 If you’ve scrolled down your Twitter feed this week, you can’t have missed a portrait of Princess Diana which made quite the splash. Using diamond dust and HIV-positive blood, the piece pays homage to the icon’s activism, and casts a light on the stigma that still surrounds the disease today. We sat down to get know the man behind the artwork, Conor Collins.

So Conor, you’re an active member of the gay scene up in Manchester, how does it influence your work?

I’m not sure if it influences my art as much as it influences me as a whole. I feel so at home on Canal Street, a place where you can whip out a fabulous fan or practice some Polari. I don’t feel judged there, I just feel safe.

You’ve previously produced works on the likes of Trump and Caitlyn Jenner. How do you settle on a subject?

My brain has a habit of focusing on something whether I want it to or not. I’ve been focusing on my Diana portrait for over 2 years now, but the materials I used I had to do a tonne of research on legality. It feels great to have it go from being this picture in my brain to being a real portrait that people can now see.

You were only in knee-pants when Diana was advocating for those suffering with AIDS. Did she have any direct effect on you growing up?

I didn’t know a great deal about Diana when I was growing up, or even HIV. I knew about HIV after asking my mum how my hero Freddie Mercury died she told me that was what lead to his death. Now an adult I’ve picked up a bunch of stories about her, learning not only how caring and compassionate she was but also how wonderfully normal she was. She used her status to help those around her. To me, as a child, she was a radiant lady, but as an adult I see her as a real role model.

Was setting the blood and diamond dust to canvas as labour intensive as you’d thought it would be?

I’ve worked with unconventional materials before but this was the most difficult to get yet. If I were less squeamish it would have taken me less time, but I’m terrible around blood! I would work away for 5 minutes, then have to lie down for 15, then work away for another 5, then hang my head out the window. Despite my squeamishness I knew it would be worth it. Passing out wasn’t going stop me.

Crikey! Would you work with a bodily fluid again?

It’s so bizarrely brilliant to work with. It comes out of the vial like a diluted acrylic paint, then in a matter of seconds it turns liquid like a water colour, seeping into any cracks in the painting. Then about 20 seconds later the consistency changes again and behaves like oil paint. As for working with other bodily fluids, never say never, but I’ve promised my boyfriend to stop storing blood in the fridge next to his Meal Deal.

How did you source the blood for your piece?

Www, mysterious. Right, getting serious. What do you think are the main problems facing people living with HIV today?

I think the most common issue is that people seem to believe that HIV is a death sentence. Today those diagnosed and treated early live happy, healthy lives that are just as long as people who are HIV negative. The majority of the UK’s population still don’t know that. That needs to change.

This piece spread like wildfire on the Internet. How does the immense reaction make you feel?

I’m so grateful people are getting behind it and sharing it. I couldn’t sleep the night before I was going to share it online. I was so worried I might hurt the community I wanted to support. I spoke with HIV charities, spokespeople and friends of mine who are HIV positive to ensure every word in those tweets reflected what the community feels the world should know.

What can we expect from you next?

I’m always painting, but I have no idea what I’m going to do next. It’ll be whatever the world throws at me. I find it very tricky to express what I want to say in words, so I paint instead. I suppose I should be thankful because if I had a better vocabulary maybe I wouldn’t have had a reason to pick up a paintbrush.

To find out more about his work visit www.conartworks.com. 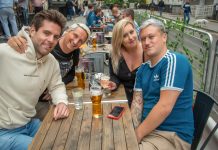 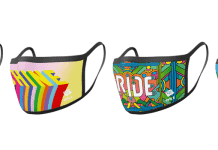 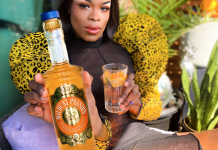 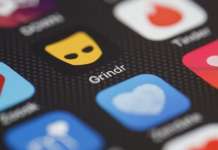