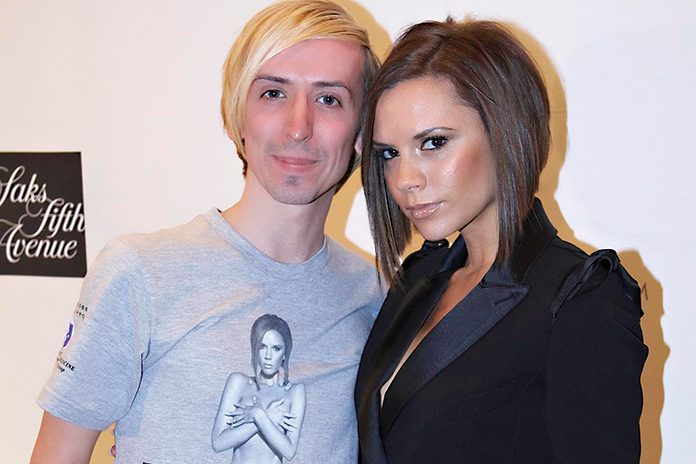 When I was about twelve years old, and my huge, poor family was sitting down to dinner, my sister said something about a Melissa Etheridge song, because it was the nineties and that’s what people talked about at dinner back then.

My mother turned to her, and she just snapped.

She said, “I wouldn’t listen to her music. She’s a dyke. She’s better off dead, so do not bring her music into this house.”

My emotional growth was stunted by five seconds of dialogue from the one person in the world who is supposed to love me unconditionally. I was a child, and by a transitive property my own mother had just said that I was better off dead. It made me hate myself, which made it really easy for other people to hate me.

I would sit alone in my room at night and cry to myself, thinking, Is this what my whole life is going to be like, just sitting here, never connecting with anyone, while the world outside rages on and laughs and has fun without me?

I was worth less than nothing.

But when I was fourteen years old, I had a deeply meaningful experience, something so real, so raw, almost divine, that I knew it was going to shape who I was to become for the rest of my life.

I saw the Spice Girls on MTV.

When I first saw their debut video, “Wannabe,” my jaw hit the floor in disgust. These five British women, not terribly older than me, were screaming and running around this super-fancy hotel. Were they not concerned about people’s opinions of them? I kept watching, and my disgust turned into awe around the time Sporty Spice did that backflip off the buffet.

I realized this is what I want to do – metaphorically.

I wanted to have a voice.

I wanted to be loud and brash and in-your-face and not care what people thought about me.

I wanted to be Spicy.

I was feeling squashed by the heavy weight of adult life. My boss hated me (and I’m a delight). I was making so little money I couldn’t pay my bills, and I was having a hard time meeting friends in a new, big city.

Suddenly I’m that teenager all over again, alone in my room, not connecting, while the world rages on without me.

But one glorious day, I am sitting at my workstation and a colleague comes over to inform me that it was just announced via CNN that the Spice Girls are embarking on a worldwide reunion tour with only eight shows across the globe.

Full disclosure, I’ve always jokingly referred to my savings account as my Spice Girls Reunion Tour Fund, and it became a reality that day when, like a crazy person, I purchased tickets to all three of the American shows.

So I go to talk to my boss, and I ask for a week off (obviously unpaid), and she gave me a soft no.

I returned to my desk, and on my computer screen I still have the Spice Girls tour map up.

Let that sink in.

This was every American show they were doing.

I’m obviously not big on sports references – my nickname in high school was “faggot.” But in a matter of minutes, I became the equivalent of a Spice Girls season ticket holder.

Now I have to talk to my boss again.

I walked in and said, “Hey . . .uh, remember that week I needed off? It needs to be four to six months instead.”

Her no was not as soft this time around. I went back to my seat feeling deflated.

I thought to myself, David Montgomery, you’re not being very Spicy right now. What would Ginger Spice do?

For the uninitiated, she left the group at the height of their fame. And, in this momentary rush of inspiration, I walked out of my job that day, becoming the first grown man in world history to leave his big-boy job to follow the Spice Girls around.

I was now broke as a joke, but goddamn it was I being Spicy.

The tour began, and I was everywhere – New York, Vegas, LA, Chicago, everywhere. Just for the bragging rights, I had this little YouTube show documenting my experience in Spice World, and it was kind of a hit, making me pretty notorious in the Spice community (which is an actual thing).

People at every show and every airport were coming up to me and asking for pictures with me. I had people quoting me.

I had this tagline at the end of every episode where I’d say, “Remember, it’s a Spice World. We’re just living in it.”

Strangers are walking up to me saying my stupid words.

I had a bittersweet encounter with someone in New Jersey after a show. This teenage boy, obviously gay, comes up to me, and he tells me a very familiar story. He came to the show by himself because he didn’t have any friends. And he told me how he had to take the bus into the city by himself. His mother wouldn’t give him a ride, because she was worried that driving her son to a Spice Girls concert would make him gay.

(In her defense, that is usually how it happens.)

And I did not know what to say back to him. I wanted to comfort him in some way, but I didn’t want to lie to him.

I could say, “It gets better.”

But does it? At the end of the tour, this money’s not coming back to me, and this feeling of me being liked by everybody is going to be fleeting. Like, at the end of this tour, I might possibly be homeless, but I’m definitely going to go back to being plain old unspecial, next- to- nothing me.

But the tour marches on. I’m still recognized everywhere. Even the Spice Girls recognize me at this point. I mean, granted I’m one of very few adult men with a bleached- blond Posh Spice haircut in the front row every night, but I’ll take it.

Then came a moment that will define my life. Victoria Beckham, Posh Spice, the laziest Spice Girl, my favorite Spice Girl, was doing a signing the morning of their show in Chicago. She was promoting her fashion line. You were only guaranteed to meet her if you had a receipt for like five hundred dollars’ worth of merch from this line. This was not in my tour budget; I was mostly living off coffee and airline peanuts at this point.

But I pushed my luck. I went to the event anyway, and I was very discouraged to find that hundreds, even thousands, of people would eventually get to cut in front of me if they had the receipt for these clothes. Before I know it, the event’s nearly over and, despite being the first one there that morning, I am pretty much dead last in line.

This guy comes up to me out of nowhere and says, “Excuse me, did you already go through the line once, and you’re trying to meet her again?”

I said, “No, I’ve been here since four o’clock this morning, but I don’t have money for these clothes, so I’m not going to get to meet her.”

I followed him down some service hallways and pop-up corridors. And, as we walk and talk, he tells me he’s their tour photographer, and he has recognized me from seeing me every single night. He wants the photo op of Posh Spice with her number- one fan.

Before I know it, I am thrust into brightness, now three feet away from my lazy idol, and she squeals, “Oh, my God, it’s you!”

Like, not only was she not afraid of me, she seemed genuinely excited to see me.

Now, at these events she sits at a little table, and she does not stand up for anyone or anything. If you want to get a picture, you have to lean across the table, and they take a Polaroid from the side, real personal- like.

She asked how many shows I was actually seeing and did not believe me until I pulled out the evidence of the twenty- two ticket stubs. She got up out of her seat, grabbed me by the hands, pulled me to the red carpet, and said, “You are fabulous. We’ve got to get some pictures.”

My presence has just moved the laziest Spice Girl to get up out of her seat and do something? What power do these hands hold in Spice World?

We return to her little seating area, and I ask her to sign a CD very specifically.

She agrees, so I dictate the following to her: “Dear David, you’re really thin. You should eat something. Love, Victoria Beckham.”

And this smug pop star, who has made a career out of not laughing or smiling, cackled and then covered her mouth so the press wouldn’t get a picture of her looking happy.

You know what, David? You’re not better off dead.

You might even be special outside of Spice World, too.

But all good things must come to an end. And in February 2008 the Spice Girls called it quits yet again, cutting their tour just a tiny bit short and thus ending my walkabout.

The tour was over, but the reviews kept rolling in.

I was doing all right. I waited a really long time, thinking that that feeling of me being someone special was going to go away, and I’m so happy to report that it never did. Because during my little walkabout I learned so much about the world. I gained so much perspective. I realized that when I was a kid, my mother was a young single mother with seven kids. Of course she was angry and stressed out.

She’s since realized that I’m a human being with feelings and worth, no matter who I fall in love with.

I learned that the world wasn’t necessarily hating me while I couldn’t connect. The world was waiting for me to find my voice. (And good luck getting me to shut up now!)

And there’s one more thing that I learned about the world that I think I probably knew all along.

We’re just living in it.