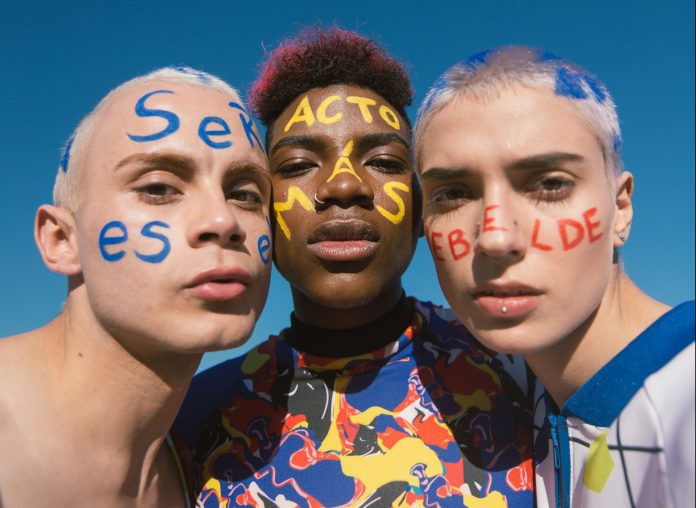 Yes, it’s London Fashion Week again. That one week where the Strand is awash with photographers, influencers and bored teenagers thinking that they’re THAT bitch. For a lot of folks, this week comes and goes without a second thought, amounting to nothing more than a little extra traffic. For others, it’s a fun opportunity to get dressed up and flounce around a little. It’s a solid week of shows and parties, so of course, it’ll once again be littered with those fashion queers.

If you’re looking to get involved in the action but aren’t quite sure what rags to dig out and throw on, here are a few pointers:

Androgyny is IN (for now) 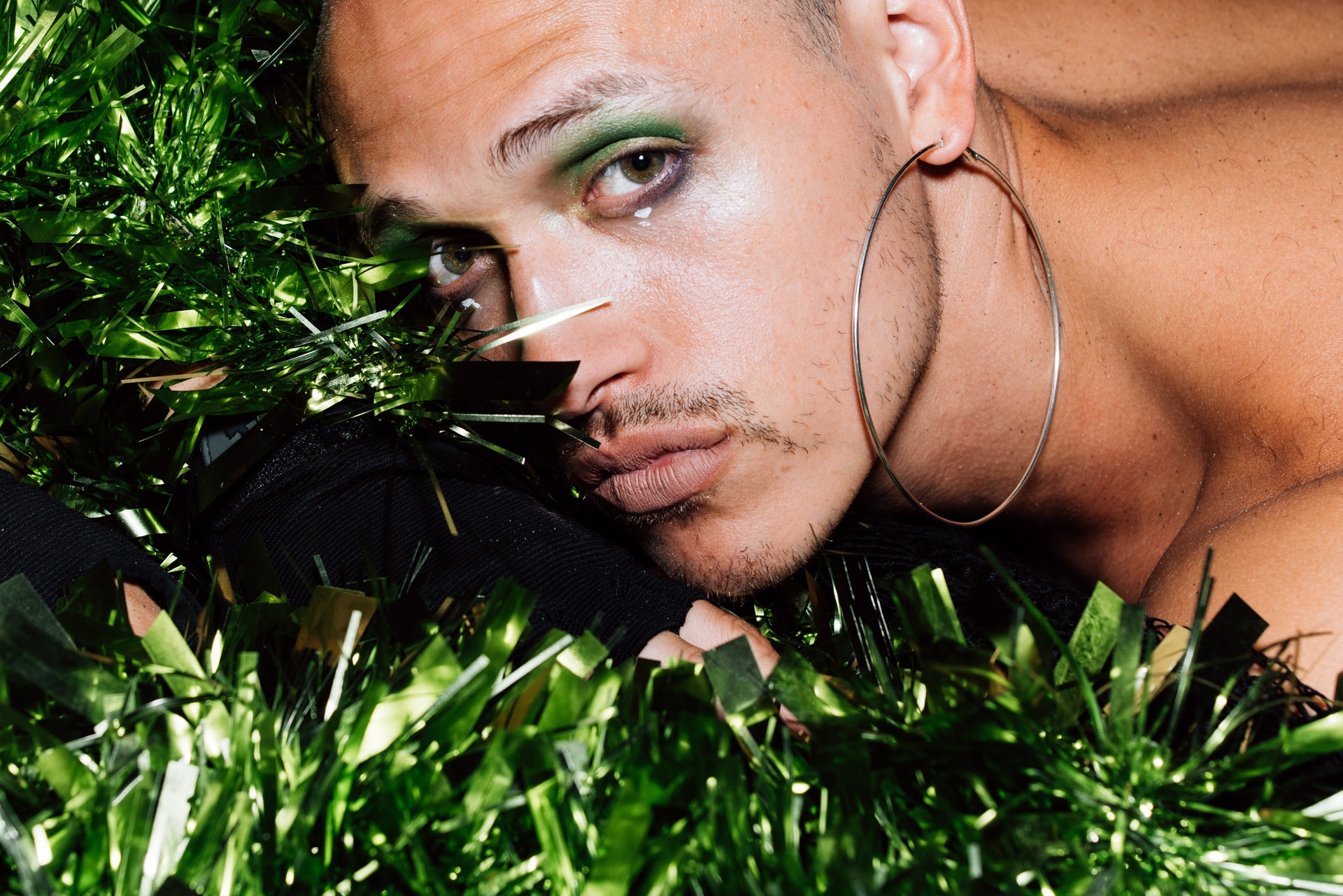 It’s nothing new, but last year’s explosion of camp brought with it a boundary-pushing approach to gender norms into the mainstream. Despite the male attendees not quite giving us what we wanted at the Met Gala 2019, it still left its impact in liberating folks who previously would be dressing safely within their Menswear/Womenswear box. There’s a strange double-standard when it comes to androgyny. Female-bodied folks are able to adorn themselves in combat boots and men’s shirts and it’s seen as a power move, but male-bodied folks wearing anything other than a pair of trousers (or shorts at a push) are ripe for ridicule. Queue the preamble from Madonna’s “What It Feels Like For a Girl”.

That seems to be changing, ever so slowly. Runway fashion can be a good indicator of what’s coming, so if the shows at June’s Paris Men’s Fashion Week are to be believed, there’s a real wave of femininity about to hit menswear. Hard-edged military-inspired looks from previous seasons were washed out by the sensual softness seen in Ludovic de Saint Sernin spring/summer 20 show, and the muted colours seen at Dior. For those of us who don’t live our lives on either end of the gender spectrum, it’s refreshing to be on-trend. Unfortunately, there’s no knowing how long we’ll be in this moment. The industry that’s now chewing us up will inevitably spit us out by next season, but there’s always hope that this moment marks a substantive shift and not treat us like another trend to be taken up and thrown on history’s trash heap. Being who you are will never be unfashionable, dearies. 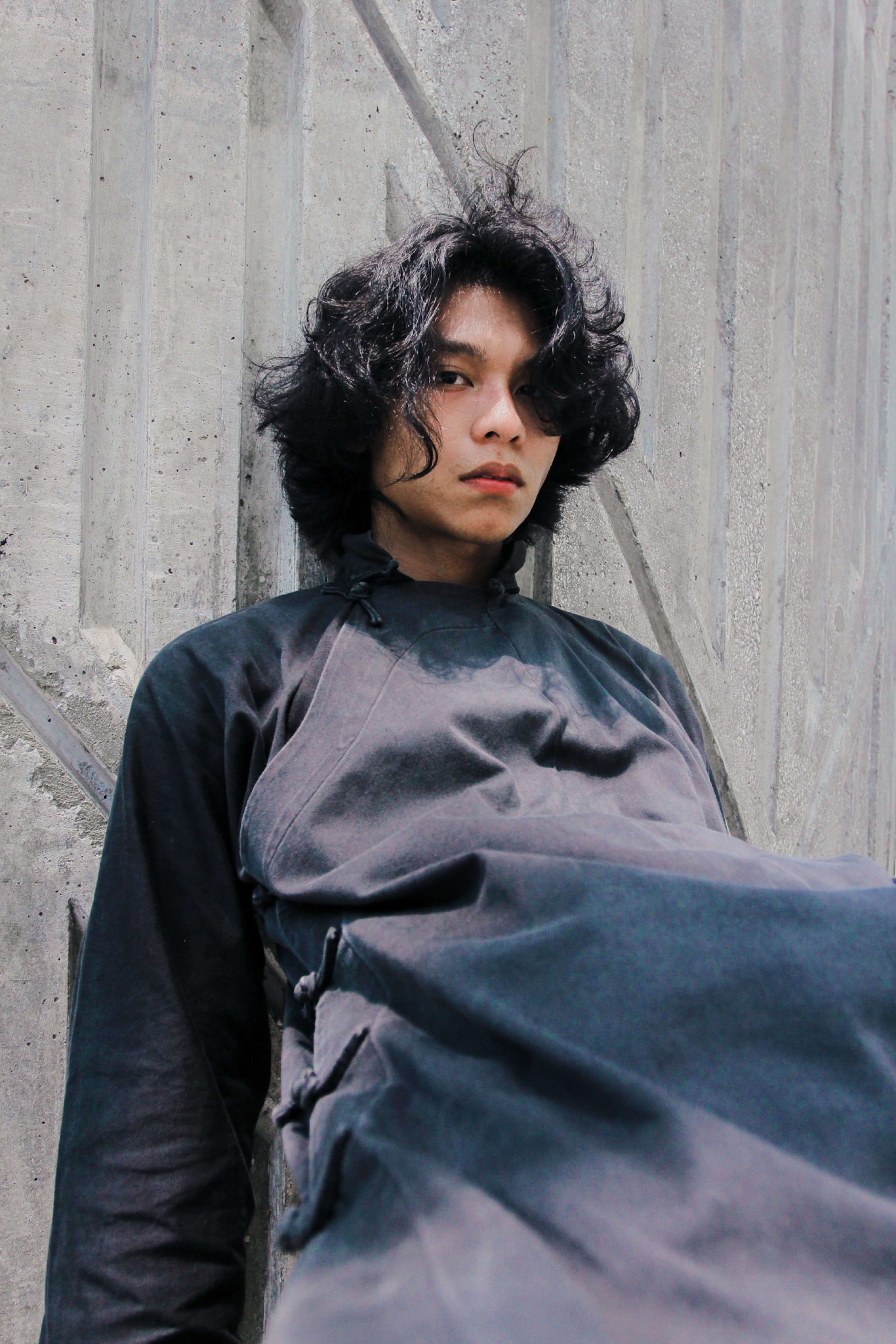 If you’re stressed out by colour combinations and clashes, a black look is called for. Not all of us wake up to a wardrobe of dry-cleaned garments, so if you’re digging through a clothes mountain to dress yourself black is never wack. It’s a simple way of safely playing around with fabrics, textures and different fits. It’s also a good confidence-booster because there’s something about a person all in black that just exudes authority. You don’t have to go full American Horror Story Coven witch with it, but if you’re feeling particularly witchy. Go for it, hun.

The uglier the better. If you’ve ever taken a ramble down the Strand during Fashion Week then you’ll know that those photographers go wild for an over-sized, billowing dress in a horrendous colour. Especially when worn by a weather-beaten skinny blonde who looks too busy to stop and chat. Doing important things in ridiculous clothes is what this week’s all about. Grab yourself something that looks stolen from the Midsomar set that’s then been attacked by a colourist at Bleach London.

Boots the House Down 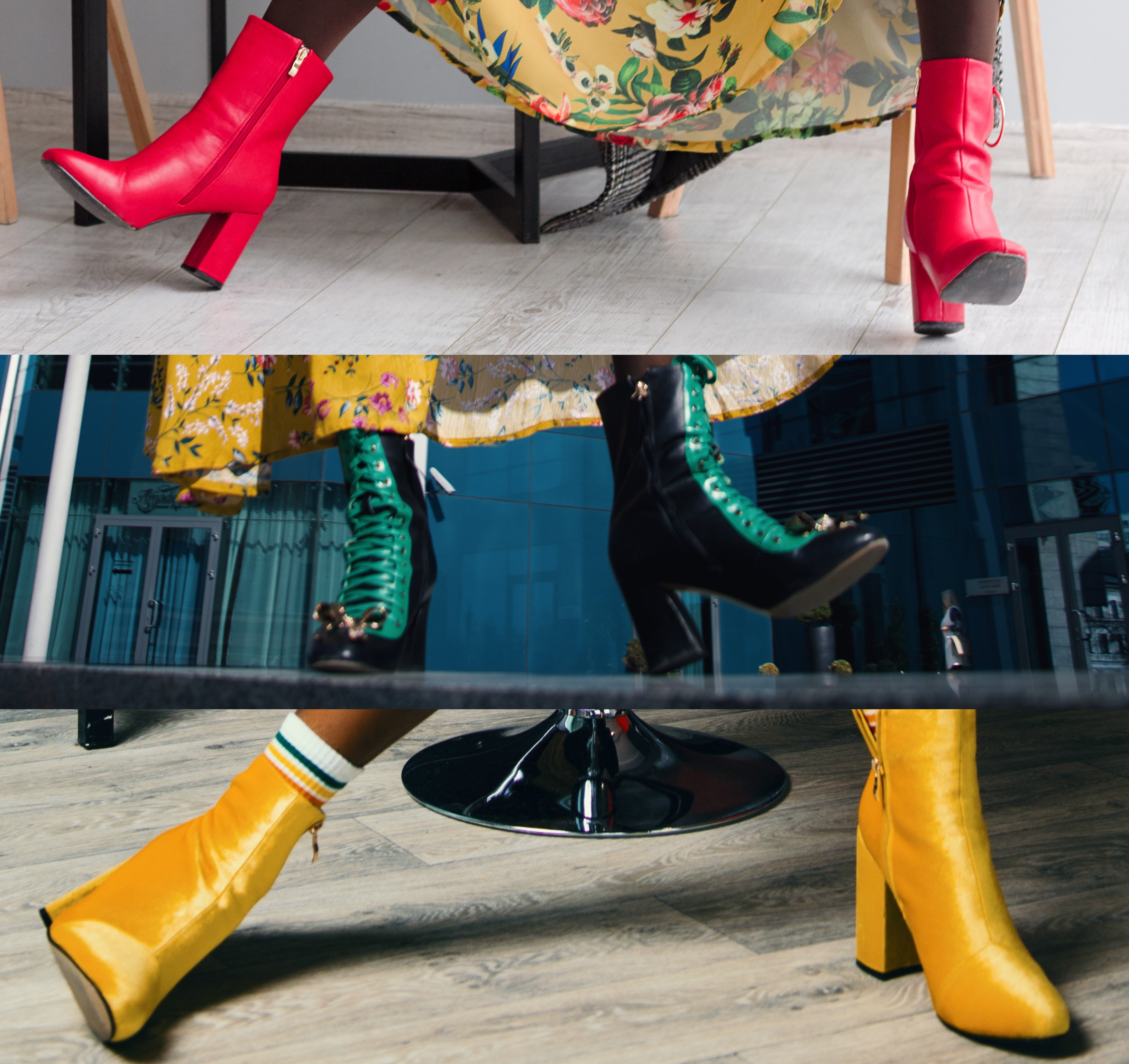 More specifically, shiny boots the house down. If you find a full heel a little intimidating, a cheeky heeled boot is a safe way in. THE shoe of the season is Maison Margiela‘s Tabi split-toe leather boot, with the mild suggestion of Satanism being the height of chic. They provide that extra few inches that will have you tip-tapping around town with a skip in your step. Unfortunately, no matter how much we pine, sometimes an item just isn’t within budget. You can either scour the internet for a pair of convincing knock-offs, or get something that suggests that same shiny-boot vibe. Something sleek, simple and chunky is where it’s at.

Think Kim K in a pair of cycle shorts and a bulging hoodie shopping for groceries. Think teenage girl in her first date dress, shrouded in her date’s dinner jacket. That’s the look you’re going for. Contrast always reads as creative. Pair those leggings with a ten-foot-wide puffer. Shove one of tour granny’s massive silk blouses into a corset. Match those baggy combat trousers with a fetching boot tube. Go full Kim Possible.

That Really Suits You 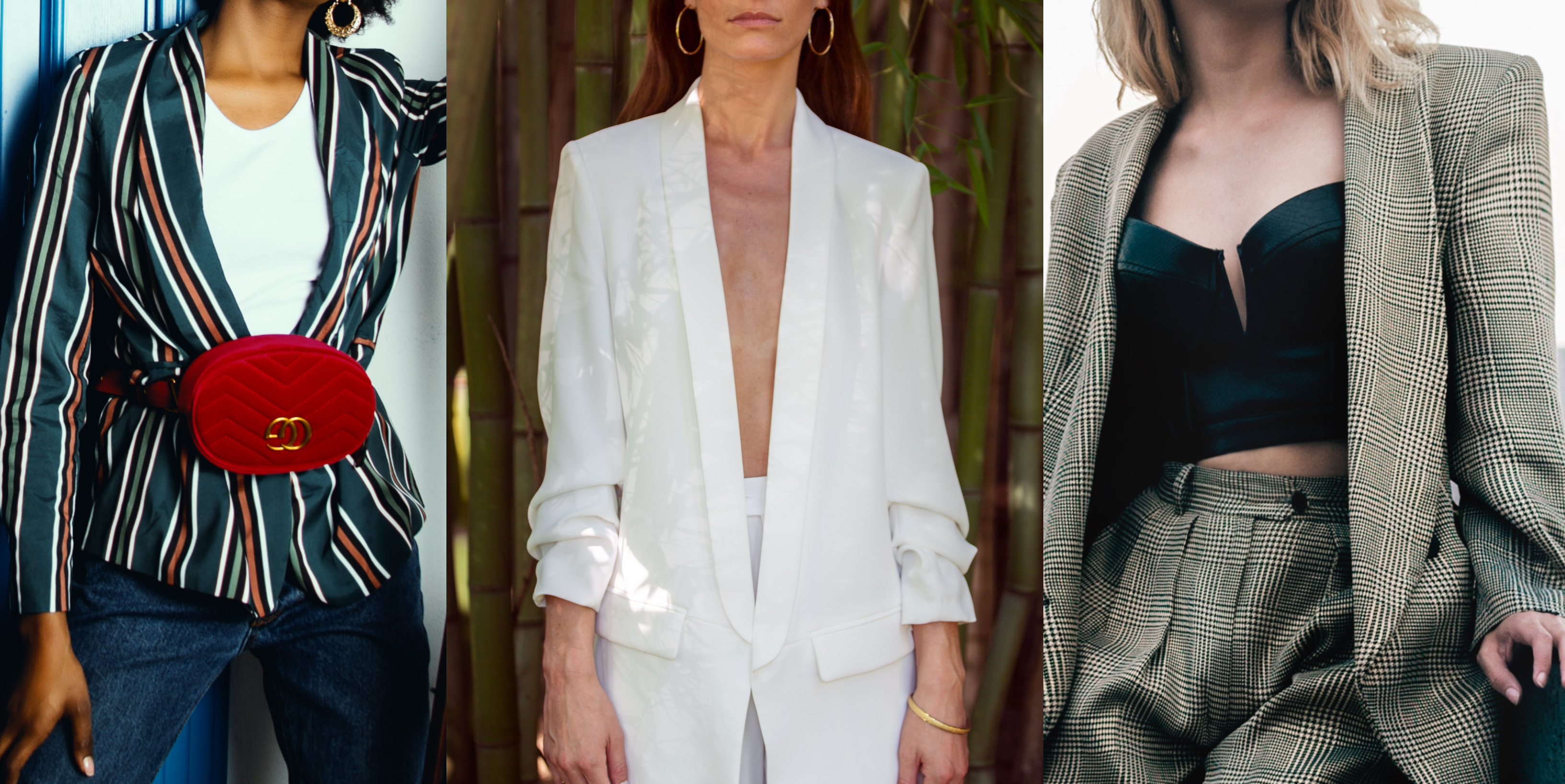 Tailoring doesn’t have to be confined to the shit wedding suit you splashed out on so not to piss off your mother. It can be playful, comfortable even. You may struggle to find anything envelope-pushing within men’s tailoring, but don’t let that stop you. Women’s tailoring is where it’s at, be it a silk-lined oversized 80s number or a belted, shoulder-padded creation, there’s so much to choose from. If you’re keeping it simple with a traditional pin-stripe, or pushing the envelope with a bright colour, there’s something so versatile about a casual suit. There’s a common misconception that suits are meant to look, feel and fit a certain way, especially if you’re a queer man where you’re told to be less  Joan Collins and more George Clooney. SNORE. Grab yourself a velvet blazer, a pair of culottes and a fascinator and work it darling.

The tiny glasses have been left in last year, but silly eyewear will always be popular when it comes to street style. Picking the right pair is daunting but really makes for an entertaining day on Brick Lane. Find yourself one of those stalls with an impossibly wide range of glasses and spend a few hours trying on several pairs until you find THE pair. You can then proceed to buy four of them because they’re £5 each. It’s always good to carry a back up when a Made in Chelsea reject turns up in the same pair. 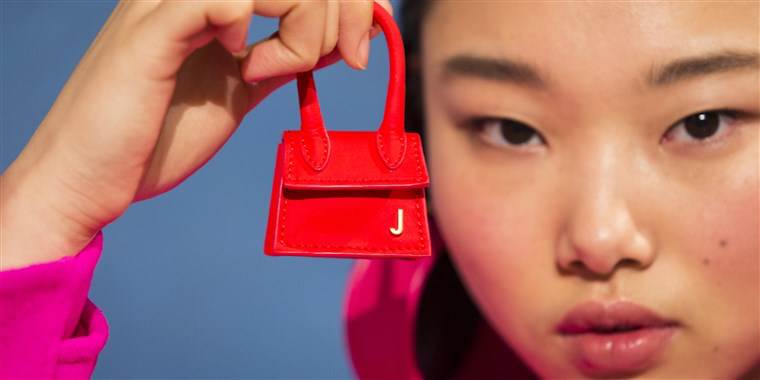 Practicality just simply isn’t fashion. Do you think Karl Largerfeld woke up every morning thinking about where Bella Hadid will be putting her keys and cigarettes when she’s pounding down the runway? HELL NO. House keys? Chewing gum? Asthma pump? Who needs ’em. Get yourself a gorgeous teeny-tiny bag and folks will be clambering to carry your stuff for you. Sometimes things that are more expensive… are worse. It’s common knowledge.

Werk Your Rags Into Riches

At the end of the day, it’s all about attitude. If you saw half of those runway looks outfits on your nervous Aunt Nelly there’s no chance you’ll be gagging over them. Well, maybe literally. Folks look stellar in those street-syle looks you see on Vogue.com because they wear them confidently and assertively. Work that hallway like a runway, lady. Expensive pieces are always easier to wear, but if you’re more of a bargain bin kinda queer, then you have some convincing to do. That Bonmarche scarf you dropped 50p on at the Oxfam counter? Wrap it around your head, pair it with those aforementioned silly glasses and your dad’s belted blazer and STRUT. 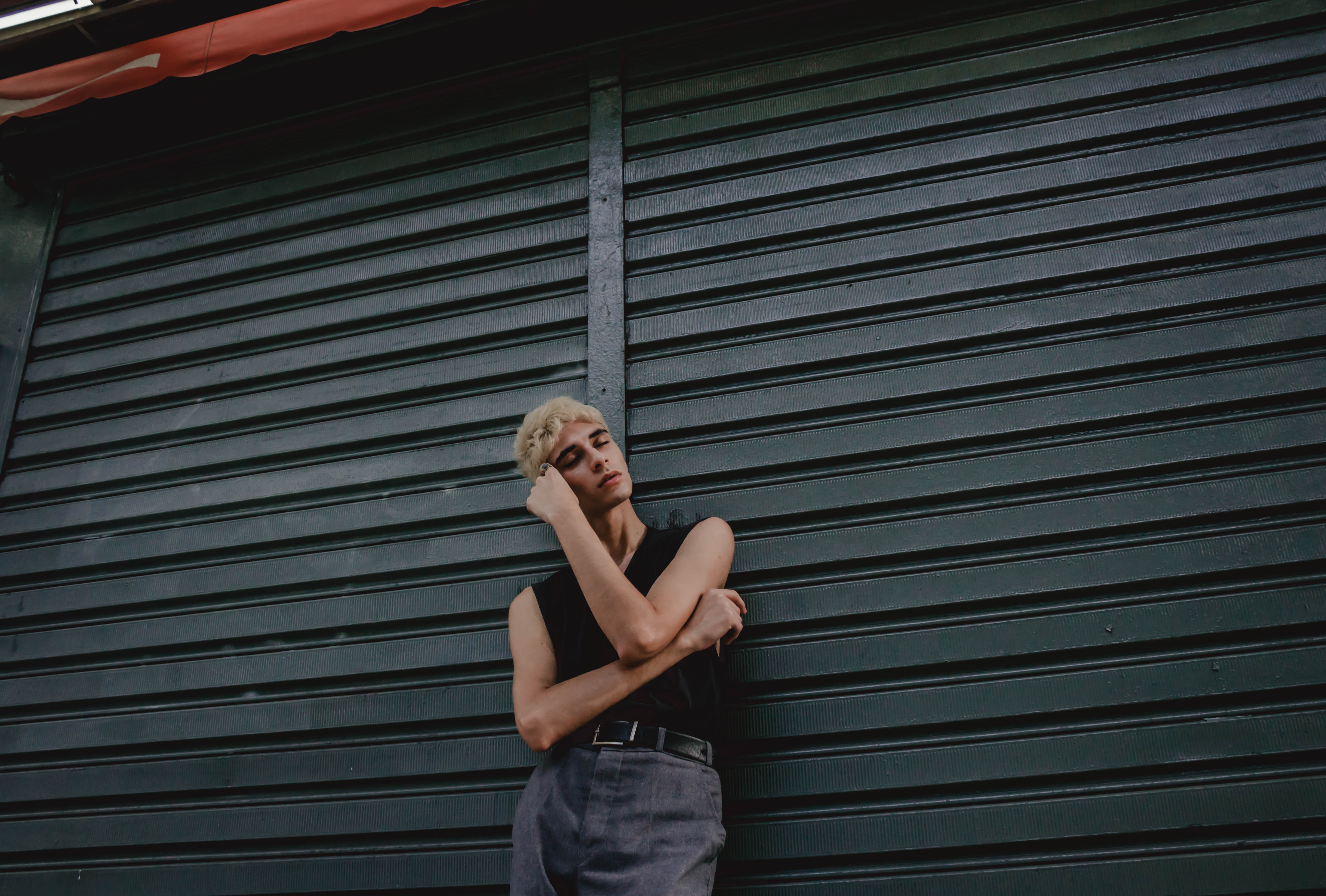 Courtney Act, Tess Holiday and Rain Dove take to the runway in London this month 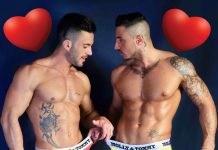