31-year-old Loganair pilot James Bushe has had a hell of a week. On Monday, the news broke that he’s just become the first newly qualified pilot in Europe living with HIV.

It’s the result of months of hard work and intense litigious debating to overturn a law which stated that people living with HIV could not qualify as practicing pilots. James took it upon himself to change that, with assistance from everyone from HIV charities, to viral news networks, to Scotland’s First Minister Nicola Sturgeon.

Throughout the process, James chose to remain anonymous – now he’s decided to be open about who he is and what he’s achieved. This is his story.

So it must have been a crazy time for you recently!

It’s been a complete whirlwind. The first story to break was on Buzzfeed on Sunday evening, and that already feels like eons ago. I’m pretty surprised about how positive the reaction’s been. I wasn’t expecting there to be so much interest. I was certainly prepared for people to question it more – but it’s been pretty good across the board.

That’s great – what made you decide to do it? Was there a specific moment?

I’ve been thinking about it since I started my flying training. I knew there would come a point where it had to be done. I feel like HIV is a bit of a journey that everyone goes through.

I can’t speak for everyone, but I started in a place of being quite ashamed of my status. Very few people knew. Over time, you start to confide in more people, and come to terms with it. As you get more comfortable with your own diagnosis, it gets easier. As soon as I became comfortable in my own skin, that’s when I started thinking “ok, there’s a bigger reason for me to speak out.”

When Gareth Thomas came out in the summer, I felt like I was bursting to come out too. It was then that I thought, it’s definitely a case of when, not if. I also had so much support from friends and family, that it didn’t matter to me at that point how everyone was going to react. If there was a negative reaction, it wouldn’t matter.

It’s great that Gareth Thomas empowered people like you to speak out. Hopefully you speaking out will do the same thing in turn.

Yeah! It’s really important that people see Gareth Thomas has had a mostly positive reaction to coming out…and that the support for me has been great as well. The only way we can challenge the stigma is by more people coming out.

What have been your experiences of stigma?

There have been so many times in the past when I’ve been at a bar or restaurant, or any social situation, and somebody’s made a comment about HIV…a misconception or a stereotype. And I felt desperate to challenge them, but because I wasn’t out, I felt like I couldn’t. Now, I can. The more people that see it’s OK to come out, the more people will feel comfortable to come out. Then we can go back to those social situations and say something. I don’t want to sound too preachy, but we need to impart a message to people in that moment at that time. The modern way of changing people’s perceptions about HIV is little by little, step by step. Individuals coming out when they feel comfortable, and educating people around them.

So what’s it like in your industry at the moment for people living with HIV? What does this mean for the future?

I would hope that it’ll be positive. Aviation has been pretty silent about HIV. It’s been buried under the rug…hopefully, me doing this will provoke a conversation within the industry, and more people will feel confident enough to come out as HIV positive. There are a number of challenges that still remain. For example, there are some pilots who are living with HIV, who haven’t declared it. So how do we support them? Because the difficulty that they’ve got, is because they haven’t declared it on their medical reports before, if they were to now do so…

Absolutely. So we need to support them through that process. The authority needs to give them something like an amnesty, for example.

What about travelling to countries which don’t allow entry from people living with HIV. How will you navigate that?

So there’s 20% of the world that you can’t seek residency in if you’re living with HIV…a smaller percentage that you can’t travel to. For me, that’s the next challenge. I want to use this platform to change that. It’s gonna be a bigger one, because you’re dealing with…

Yeah, the world. The likes of Dubai…most of the Middle East. The laws were written at a time when people were scared of the health risks of HIV and AIDS, in the 80s and 90s. It is a problem. And for sure, I’m going to work to challenge that. 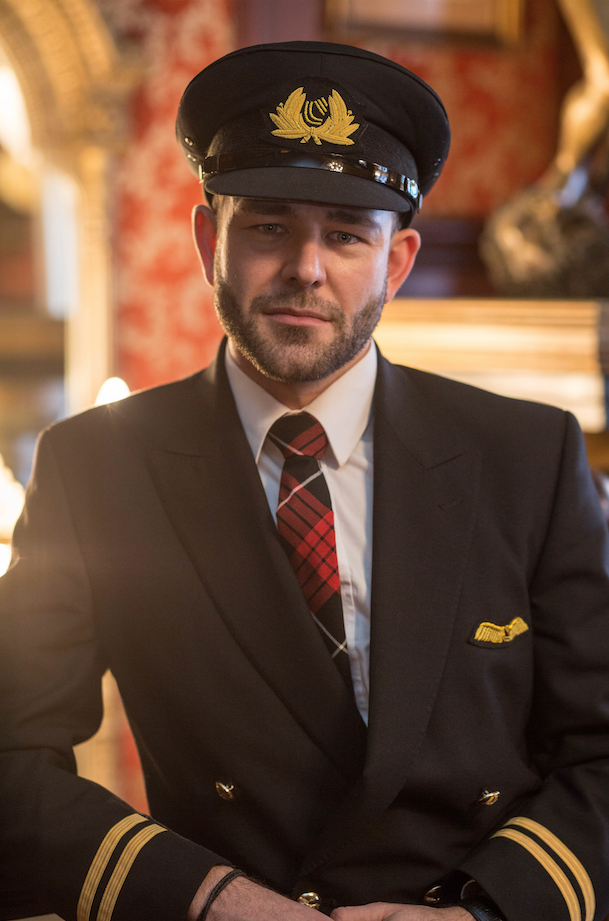 So for people who don’t know…how did all this come about?

I was diagnosed in 2014. At the time, I thought it was OK to get my pilot medical. However, in 2017 when it was time for me to get my medical, they told me “everything else is fine, but because of your HIV status, we can’t give you a medical.”

“We can’t give you the medical” – what does that mean, exactly?

In order to become a pilot, you need to hold a medical certificate. If you were a pilot who was already qualified, living with HIV, and you declared that, you could retain your medical, but they’d put a limitation on it to say you must always fly with a multi-crew – so you could never fly on your own. That was the situation for people who were already qualified. However, they were never willing to give that multi-crew limitation to new pilots applying. So for someone like me, an HIV positive person newly applying, it was a catch 22 – without the license, I couldn’t get the medical and without the medical I couldn’t get the license.

So what was the next step?

I went to the British HIV Association and they helped me gather evidence to take to the CAA [Civil Aviation Authority] to prove that HIV doesn’t pose a risk to flight safety, and that current rules are outdated. The CAA said no, on the grounds that there wasn’t enough evidence that that was the case. They thought, and still think, that there’s a risk of incapacitation in flight.

Do they know what undetectable means?

Absolutely! It’s…I should emphasise that aviation is a safety-critical industry, for obvious reasons. If there’s even the slightest risk of someone becoming incapacitated, there needs to be barriers in place. However, the evidence the CAA were using is now ten years old. There’s never been an updated study. And on the back of our win, the European committee has now commissioned that study. When they said no to me, I then took it to Nathan Sparling at HIV Scotland and we came up with a combined strategy that covered local politicians, the media and the medical side of things.

My MSP Bob Doris raised the issue with the first minister of Scotland Nicola Sturgeon and she wrote to the CAA on my behalf, asking them to change it. And all that combined pressure persuaded them to change the rules. Since then, they’ve been incredibly supportive in pushing it forward at a European level, which is awesome. Loganair have been amazing too – they’ve been behind me for every step of this journey. 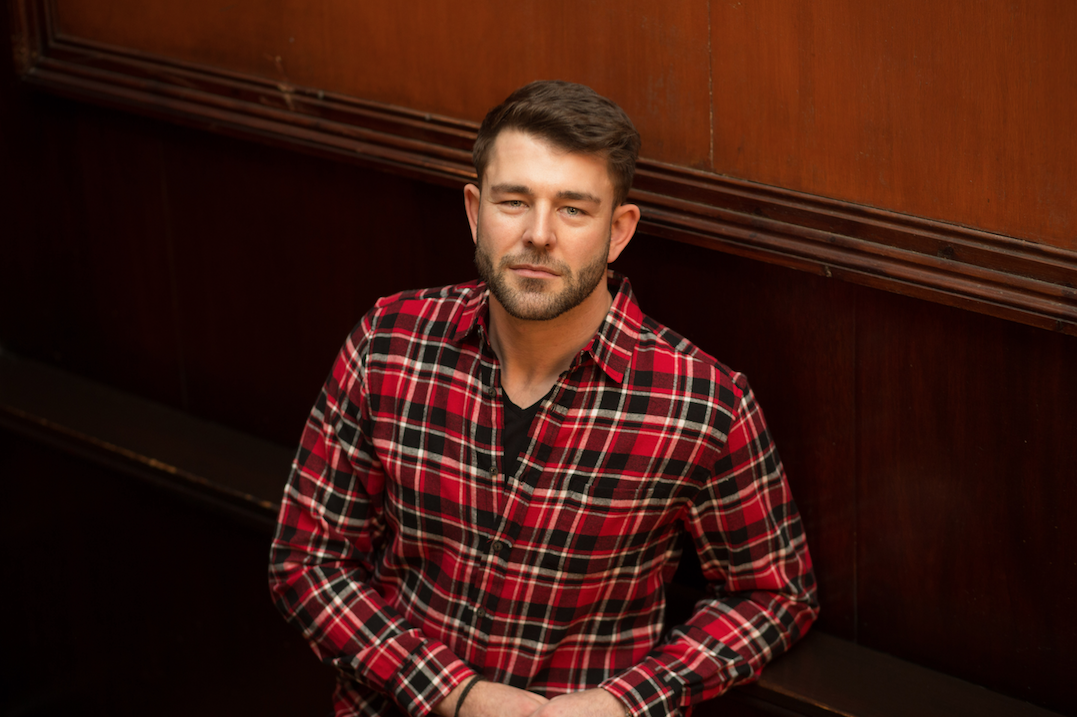 Wow. So no-one until you had challenged it, and that was why it was still there. It takes someone being brave.

“Brave” is an interesting word. I’ve heard that a lot recently. It might be right for the situation just now, and it might be right to describe what’s happened and what I’ve done…but in a way, that illustrates the stigma that we still have towards HIV. If I were to come out as type 1 diabetic, no-one would ever turn around to me and say “oh that’s really brave.” I think the day someone turns around and says “oh, ok, what would you like for tea?” That’s when we’ve truly shed stigma.

So to finish…what would be your advice to someone living with HIV who might be thinking about coming out?

Everyone goes through their own journey. I knew when I felt ready, and you will know yourself when it feels right. Don’t be forced into it. I was incredibly lucky to have really supportive friends and family – I was prepared for whatever the reaction was going to be. So I’d say make sure you have a support network. If you feel like it’s right and you have that support, go for it. The only way we’ll eradicate stigma is by more people coming out.

You can follow James on Twitter @PilotAnthonyGLA. Find out more about the CAA and their various regulations for employees at caa.co.uk.