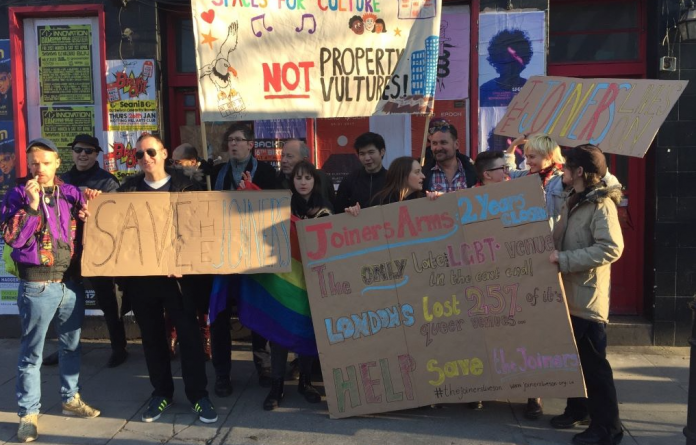 The Joiners Arms was a moment in time. Debauched, delirious and, at times, dangerous, it was the epitome of joyful anarchy, and arguably kickstarted the inventive and beautiful queer scene movement we’re still enjoying in East London.

The Joiners may have closed its doors, but its legacy lives on. The Friends of The Joiners Arms are a group of passionate young LGBTQ people working to keep the spirit of London’s gay scene alive and to bring back The Joiners!

Now, after almost three years, Tower Hamlets Council are making a decision not only on whether to bring back The Joiners, but what incarnation to bring it back in.

This Saturday, Dalston Superstore are hosting a fundraiser, with all profits going towards props, protests, bureaucracy, communication and the general coordination of Friends of the Joiners Arms campaign.

We spoke to The Friends Of The Joiners Arms about their history, ethos and goals for the future.

Hey guys! We love that you’re keeping the Joiners brand alive. How did your group form?

We’re a bunch of regulars & less-regulars. In late 2014, David Pollard (inspirational founder of the Joiners) told us the venue was closing down, and we wanted to try to do something – anything – to protect our favourite queer space. It started with weekly public meetings being called at the then-open Joiners and 20 to 40 people regularly attending. We came up with a radical vision for how we’d build on the legacy of the bar, to create community functions and address issues faced by the LGBTQI community, both in our spaces and wider society. We also strategised in terms of how we could use media attention, planning law, political lobbying, activist outreach and so on, to mount a challenge to the developers and try to wrest control back into the hands of the community. We had to form as a quasi-formal community organisation to be able to apply for Asset of Community Value status for the venue, which we ultimately succeeded in doing. We’ve spent the last three years fighting to regain the venue for our community and deliver the broader vision: a community-run late-licence pub and community space that builds on the legacy of the Joiners Arms. 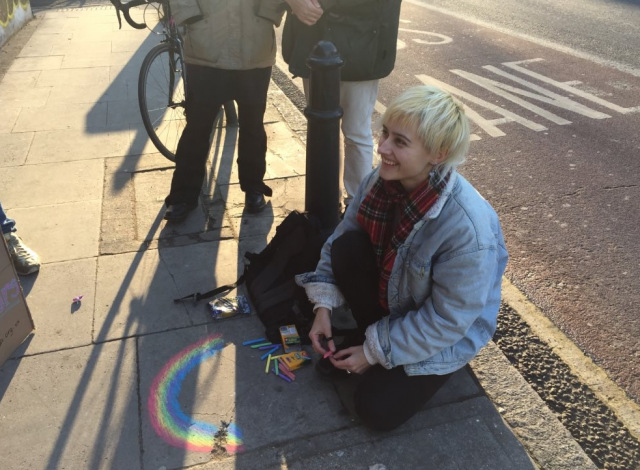 Why is it important to hold on to our queer spaces?

Apart from being places to grow up and discover what and who you do and don’t like, we also need spaces to just be. Many people don’t feel able to express themselves fully, in all their glorious queerness, in non-queer spaces. This not only means we need spaces where we can express ourselves more fully, but also that the spaces that allow us to do that tend to be the most interesting and throw the best parties. Many of us only really learn who we really are when we’re surrounded by a diverse range of people who, through exhibiting similarities and differences with things we experience in the hetero mainstream, expand our understanding of the different ways of being gendered, sexual, creative and fun. Having queer spaces to go and be immersed in that kind of diversity, and seeing people being different with flair and confidence, can be a liberating and formative experience for people new to LGBTQI identities. There are also social, political and health issues that particularly affect LGBTQI communities; without places to meet, gather and socialise, how can we ever start talking about and acting upon these issues? And of course, we need places to hook up and find our partners in love and crime.

A lot more non-queer people come to queer venues these days. What do you make of assimilation?

Queer venues have always welcomed non-queer people, and the Joiners in particular tried to be open to anyone. It’s not only queer people who are oppressed or damaged under the hetero-patriarchy; it’s hardly surprising that people who don’t view themselves, or who do not present themselves, as queer, seek out environments that seek to provide some form of liberation from strictly defined sexual and gender norms. As long as you come in with an open-mind and are fully accepting of the range of expressions of gender and sexuality you might encounter, there shouldn’t be a problem. Sadly this isn’t the case with all queer spaces – we’re not worried about non-queer people having access, but there is a bigger issue with the lack of access for people who aren’t white, aren’t male, aren’t young, those who have accessibility needs, or even people who don’t drink. Straight people entering queer spaces in order to have fun, treat and be treated with respect, and learn something about themselves and the rich tapestry of people they share this planet with should be welcomed.

Gentrification is a big topic at the moment! Tell us your thoughts on it!

There’s a lot of confusion around the term gentrification, but from the inception of our campaign we’ve broadly recognised that the social conditions that closed the Joiners Arms in favour of office and retail space and pricey residential apartments are the very same that are foreclosing other iconic spaces across London, and forcing working class and ethnic minority communities from areas they have made their homes. These processes are what leave so many people struggling to afford rent, maintain a sense of community, or look to the future with certainty. People sometimes confuse this process with ‘improving’ the aesthetic or infrastructure of an area, but they rarely ask the question of who the improvements are being made for and at whose demand.

We found it pretty offensive to tell a section of society ‘this area would improve if you fucked off somewhere else’, and stinks of a sense of superiority and entitlement. It’s also totally undemocratic for monied interests to dictate all the changes in our great urban centres, leaving the vast majority of people living, working and socialising in them to simply accept those decisions irrespective of how those changes deprive us of social amenities, secure housing, support networks, and so on. In the case of our beloved venues, queer communities are effectively being told we just don’t matter as much as the financial interests of the City, of the property sector, or the ‘young professionals’ who want some bland gastro pub or wine bar instead. If we truly believed in democratic principles, we’d centre grassroots communities in decisions around our changing urban landscape, and would want people living, working and socialising in an area to be the ones benefiting from the changes. We’d also want to protect spaces valued by minorities who otherwise are vulnerable to persecution and attacks. 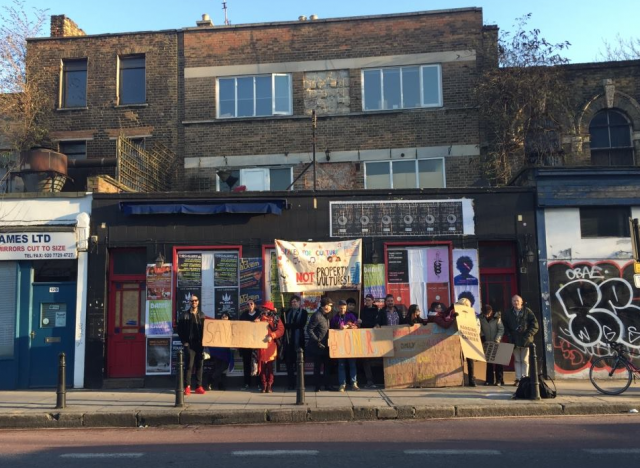 Tell us about your party at Superstore…what can people expect?

Banging tunes, a diverse crowd, a packed dancefloor, a lot of fun. On a surface level we’re doing this as a fundraiser to help us keep the campaign resourced as we move into the next phase, but we hope also to get people hyped about the potential return of an iconic late-licence queer pub to Hackney Road, and encourage people to get involved in what they want it to look like. Whilst also enjoying two floors of amazing DJs in the ever-wonderful Superstore.

Tell us about the Bang Bus Tour. Sounds major!

Bang Bus, organised by the crew involved in the incredible Queer Tours of London: A Mince Through Time, is going to be 100+ people – from activists to performers, from people with stories to tell to those who want to hear them – on a double decker bus going round some of London’s most famous queer clubs from across the decades. Like an immersive historical rave-up with placards and banners. We only know this because one of our members, Dan Glass, is one of the key organisers, but other than that it’s separate to Friends of the Joiners Arms. The tour covers a venue from each decade since the ‘60s. It’s going to take in sites like the Black Cap, Trade, the Bell, and of course the Joiners Arms. This is the first of many, which will take in different sites, and it’s hosted by representatives from each of the clubs who will transport participants back in time. Oh and it has a bar!

Finally, a parting shot…what can we do to help keep London’s queer scene alive?

Get involved with campaigns! If you hear a venue you value is closing, and there’s a campaign – get involved. If there isn’t a campaign – start one! Many of us had no experience campaigning when we got started; we did, however, feel passionately about the need to fight for things that matter to us. There are campaigns to save specific venues (the RVT, the Black Cap, the Joiners Arms to name a few) and wider pressure groups (Lesbians & Gays Support the Migrants, the Queer Spaces Network). There are also social and discussion groups, volunteering opportunities, and everything in between, from Rainbow Grow to Opening Doors London. And on top of that there are wonderful venues (like Superstore and The Glory) and incredible club-nights (like Unskinny Bop or Chapter 10) to seek out, support and have fun in. Our community is as broad as it is long but at a time when our spaces are under threat, funding for our mental and physical health is being slashed, and people are being physically attacked and abused, it’s important to step up and play a constructive role in the wider community in whatever way you can. Being queer is about more than where you go out partying and who you fancy – it’s about creating and contributing to a weird, wonderful, welcoming community!

The Friends of the Joiners Arms Fundraiser is on Saturday 30th September at Dalston Superstore. Check out their Facebook Event Page for more info.

For more about the BANG BUS, head here. 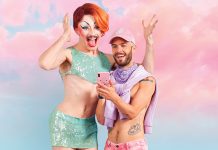 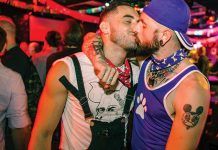 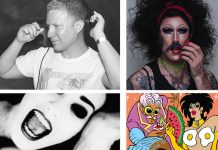 #JULIASAYS – Discerning scene musings from the princess of East London! 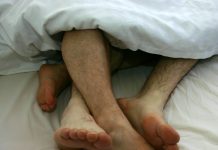 LGBT PLUS asks: Are you a Sex Addict or do you just like a lot of sex? 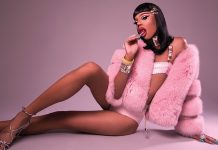 It’s a Smalls World, after all 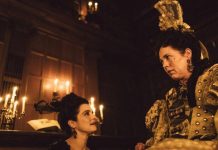